Samsung’s Windows 8 tablets should hit the streets in late October. But they won’t be Samsung’s only tablets running a Microsoft operating system. 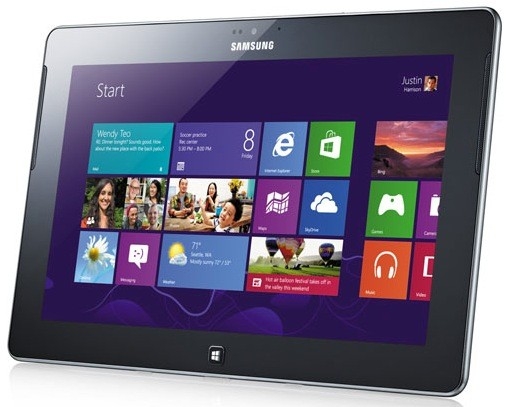 As such, the ATIV Tab won’t be able to run older Windows apps designed for computers with x86 processors (which covers pretty much every Windows PC you’ve ever used). But the tablet will be able to handle Metro-style apps from the Windows Store, as well as desktop-style apps that have been ported to run on ARM chips.

It supports WiFi, Bluetooth, and NFC, 2GB of RAM, and the tablet will be available with 32GB to 64GB of storage.