Lenovo will launch a new 10 inch ThinkPad tablet in October. That’s when Microsoft plans to release Windows 8, and the new tablet will be running Microsoft’s latest operating system. 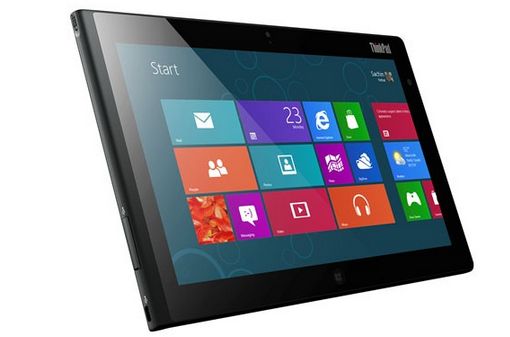 While the new model is about the same size as the existing ThinkPad Tablet, under the hood it’s a very different computer.

It has a micro HDMI port for connecting an external display, a full-sized USB port, and a 10 hour battery.

The tablet will have some business-friendly premium features including a fingerprint reader, IT management software, and an optional active digitizer that lets you use the computer with a digital pen as well as with your fingers.

The ThinkPad Tablet 2 weighs about 1.3 pounds and measures less than 0.4 inches thick.

Lenovo will also offer a model with 3G and 4G mobile broadband. In the US, the tablet will work with AT&T’s 4G LTE network.

There’s no word on how much the tablet will cost, but it should be available in late October. Windows 8 is scheduled to hit the streets on October 26th.

Update: Lenovo could offer the tablet with a keyboard dock for about $799.