A new Lenovo tablet showed up at the FCC website last week. According to the label, it’s called the Lenovo Smart Tab II, but I wouldn’t be surprised if it’s eventually part of the Lenovo IdeaTab S2 series of devices which includes the S2109 tablet with a 9.7 inch display and S2110 tablet with a 10.1 inch screen. 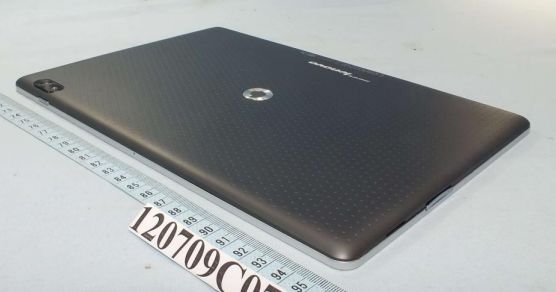 Details about the Smart Tab II are scarce, but the device appears to have a screen that’s around 10 inches, front and rear cameras, and a 23Whr battery. The tablet also features WiFi, Bluetoth, and 3G wireless connectivity.

There’s a Vodafone label in the images, suggesting that the UK wireless company will be one of the carriers to offer the device.

It’s not clear what processor the tablet has, or even what operating system it runs, but it looks like an ARM-based tablet, possibly with a Qualcomm chip. That would suggest it will be an Android or Windows RT tablet when it hits the streets.