The Lenovo ThinkPad X131e is a thin and light laptop with the latest low power AMD or Intel processors and a reasonably low starting price.

We first spotted the ThinkPad X131e in June, but now Lenovo has officially launched the tablet and announced that it will sell for $499 and up. 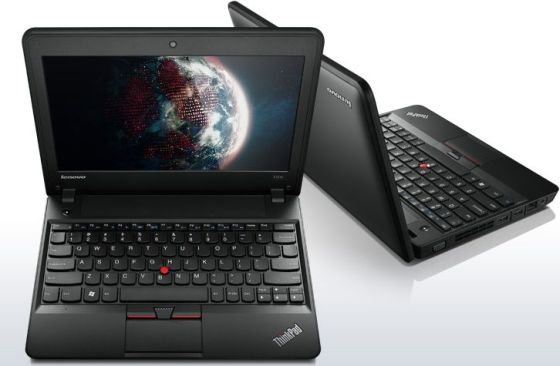 Like other members of the ThinkPad family, the X131e is aimed at least partially at business users, and includes a somewhat rugged case, reinforced hinges, and stainless steel hinge brackets.

But as the cheapest member of the ThinkPad family, Lenovo is also targeting the education sector. The laptop has LEDs on the laptop cover that allow a teacher to know at a glance whether there’s internet activity on a PC. This can help teachers prevent, or at least monitor students who are looking things up online or chatting with their peers instead of engaging in class projects.

Other unusual features included rubber padding around the hard drive to protect it from receiving a shock as the laptop moves, a dustless fan that’s designed to move dust away from the fan assembly, and a stronger-than-average AC adapter cable.