Lenovo appears to be following Samsung’s lead and taking a shotgun approach to the Android tablet space. The company already offers tablets with 7, 9.7, and 10.1 inch displays. Now Lenovo has launched a new model with a 9 inch, 1280 x 800 pixel display.

The new Lenovo IdeaPad A2109 also sports a 1.2 GHz NVIDIA Tegra 3 quad-core processor and a reasonably low price tag of $299.99. You can pick one up now at Best Buy. 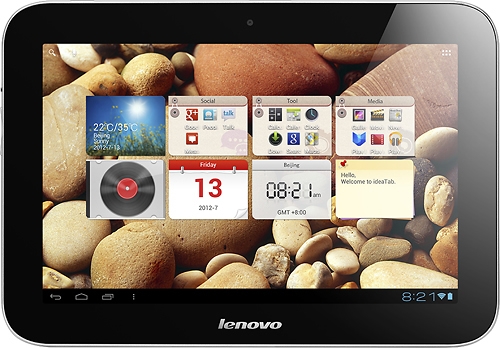 While the IdeaTab S2109 I reviewed earlier this summer has a TI OMAP 4 dual-core processor and a 9.7 inch, 1024 x 768 pixel display, the new model has a smaller, higher resolution display and a speedier CPU.

I have no idea who thought it was a good idea to give the two tablets such similar names.

The IdeaPad A2109 has 1GB of RAM, 16GB of storage, a 3MP rear camera, a 1.3MP front-facing camera, and runs Google Android 4.0 software. The capacitive touchscreen supports up to 4 simultaneous touch inputs — which should be enough for most basic tasks, but competing tablets such as the Apple iPad support 10-point multitouch.

Lenovo is also working on a new 7 inch IdeaTab A2107 tablet which will have an ARM Cortex-A9 single core processor.