Amazon launched the Kindle Fire 7 inch Android tablet 10 months ago, at a time when a $199 tablet with a 7 inch, 1024 x 600 pixel display and a TI OMAP 4 dual core processor was practically unheard of.

A lot’s changed since then, and word on the street is that Amazon is getting ready to launch new tablets — possibly including a new 7 inch model and a larger 10 inch model.

The Digital Reader did a little detective work with an FCC listing, and may have uncovered evidence of a Amazon’s next-generation Kindle Fire tablet. 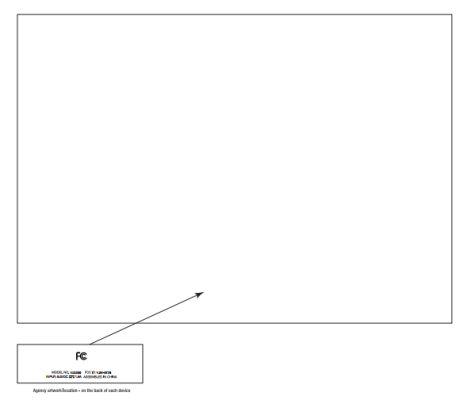 Every time Amazon releases a new Kindle, the company submits paperwork to the FCC under the name of a different company. These are either subsidiaries or companies hired to do this sort of work.

But in a nutshell, we often don’t actually spot the FCC listings until after the product is already released and the FCC confidentiality requests expire.

In this case, The Digital Reader found a listing from a company called Harpers LLC which appears to be a small company that does not generally appear to be in the tablet business. The next step is a bit of a leap — but because few companies bother to use these “front” companies to cover their tracks, there’s a distinct possibility that we’re looking at the back of an Amazon tablet in that label drawing.

All we know for certain is that the FCC listing describes a tablet with 802.11b/g/n WiFi and Bluetooth. The drawing also suggests that it could have a 4:3 aspect ratio display, unlike the 16:9 screen on the original Kindle Fire (and most other Android phones and tablets).

One reply on “Is this Amazon’s next Kindle Fire?”