Google Android 4.1 Jelly Bean introduced new, enhanced voice search capabilities that allow you to ask your Android phone or tablet a question, and receive an answer instead of a search results page showing a bunch of links.

Want to know what the temperature is? Google Voice Ssearch will speak the answer to you and show you a local forecast.

It works a lot like Apple’s Siri app feature in iOS 5.0 and later… and soon iOS users will have a choice between using Siri or Google Voice Search. 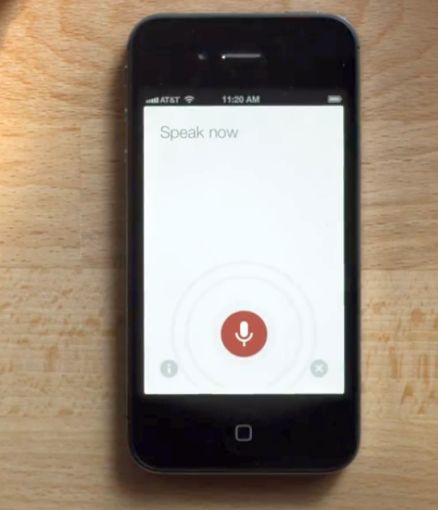 Google has announced it will bring its new Voice Search features to the Google Search app for iOS soon.

The app will work pretty much the same way on an iPhone, iPod touch, or iPad, as it does on Android. Ask your device what movies are playing, and it will give you local results and showtimes. Ask it to show you pictures of cats and it will pull up a Google Image search.

But Google Voice Search won’t be able to completely replace Siri. Apple’s voice search tool is a system-wide feature that you can pull up by pressing-and-holding the home button. To launch Google Voice Search, you’ll first need to launch the Google Search app and then press the mic icon.

Google’s app also won’t be able to launch other iOS apps. It just searches the web and provides answers to questions it understands. There are a lot of things you can do with that, since Google can find phone numbers, sports scores, or just about anything else available on the web. But it’s not quite a Siri replacement.

But it’s nice to have options when conducting certain types of searches… and I think the Google Voice Search voice sounds a little nicer (and less robotic) than Siri.