Dell plans to launch a new 12.5 inch convertible tablet-style notebook this fall. It’s called the Dell XPS Duo 12, and you can use it like any Windows 8 notebook. But if you push back the touchscreen display, it rotates 180 degrees inside its frame, letting you close the laptop lid and hold the computer like a tablet. 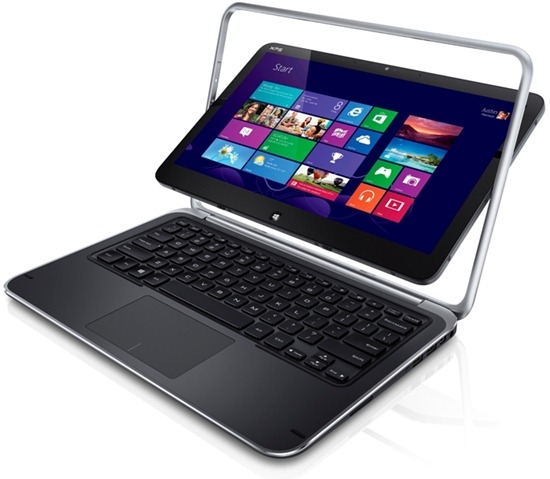 This isn’t the first time we’ve seen this sort of design from Dell. Almost two years ago, the company launched the Dell Inspiron Duo — a 10 inch convertible tablet with an Intel Atom processor.

At the time, Dell was betting that people would spend a little extra money on a netbook if it could also be used as a tablet.

But Windows 7 wasn’t really up to the task, nor was the Intel Atom processor or the include battery. The first Dell Inspiron Duo was kind of pricey, kind of bulky, not very fast, and didn’t get great battery life.

While the new Dell XPS Duo 12 shares the same rotating display genes as its predecessor, it’s an entirely different class of computer.

The new model has a 1920 x 1080 pixel HD display with Corning Gorilla Glass, a backlit keyboard, and support for up to an Intel Core i7 processor. The XPS Duo 12 will run Windows 8 and it should be available after Microsoft launches the operating system on October 26th.

via Dell and Engadget