MobileSyrup reports that Canadian wireless carriers Telus and Rogers will offer the 7 inch BlackBerry tablet for $549.99. 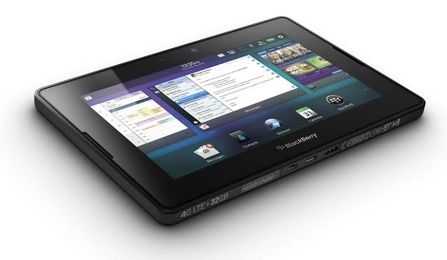 That’s the price for a tablet without a contract. You’ll also be able to pick up a Rogers model for $349.99 when you sign up for a 3-year contract. But if you don’t plan to use the mobile broadband option every month, you can probably save a lot of money by just buying the tablet outright.

The BlackBerry PlayBook 4G comes over a year after Research in Motion launched a WiFi-only PlayBook.

In addition to support for 4G LTE wireless connectivity, the new model has a faster 1.5 GHz dual core CPU (rather than the 1 GHz chip in the original), 1GB of RAM, a 5MP rear camera, 3MP front-facing camera, and 32GB of storage.

Or you can pick up a refurbished 16GB, WiFi-only model for as little as $150.