Asus has started rolling out a software update for the Transformer Pad TF300T, bringing Android 4.1.1 Jelly Bean to the 10 inch tablet. It’s an over-the-air update, which means that you should be prompted to download the new software automatically. 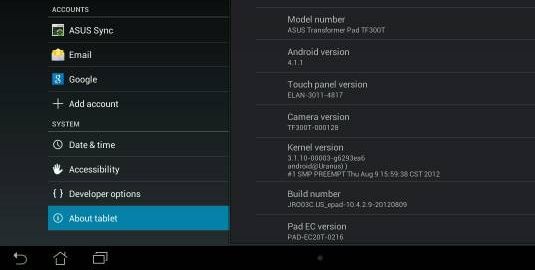 Asus is one of the first companies to roll out an official Android 4.1 update for its tablets. Coby has also begun offering updates for some of its older models, but most other devices running official builds of Jelly Bean are Google Nexus devices including the Samsung Nexus S, Samsung Galaxy Nexus, and the Motorola XOOM.