These next-generation Mali T600 series chip designs feature energy efficiency improvements over current designs, while offering a 50 percent performance boost over earlier Mali T600 designs such as the Mali T604 and Mali T658 (neither of which are shipping in any products that I’m aware of yet). 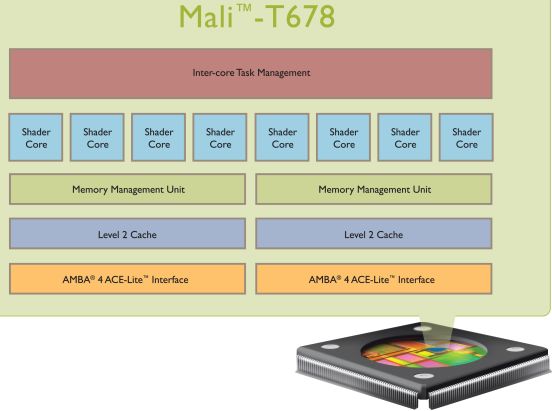 Here’s an overview of the new designs:

Chip makers can license the new graphics technology for use in upcoming ARM-based processors.

While it could be a little while before we see phones, tablets, or TVs shipping with next-generation Mali T600 series graphics, chip makers including Samsung, Rockchip, and MediaTek all had nice things to say about the platform in ARM’s press release. So I wouldn’t be surprised to see those companies release products featuring the next-gen graphics technology eventually.