Last year around this time Apple filed a patent application for a flexible screen that looks like a seriously souped up Smart Cover for the iPad. Though a patent filing doesn’t mean that this product will ever come out, it’s fun to imagine the possibilities. 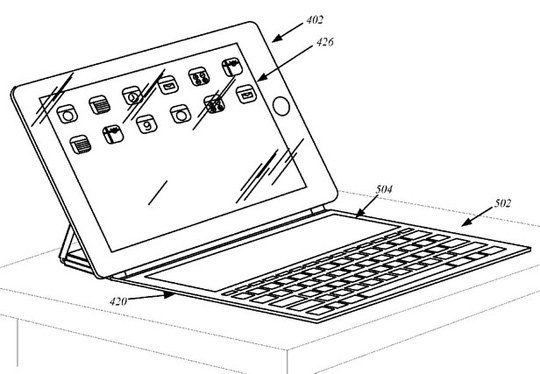 Flexible displays have been on the horizon for years, so it’s no surprise that Apple is at least looking at the technology. Possible features include displaying notifications or info about the media on screen or even a touchscreen keyboard. That last one will appeal to people who actually dig the on-screen keyboard the iPad offers (I have nails so it’s mostly useless to me).

One of the concepts shows the possibility of pen input, which could be a big deal for people who love to take handwritten notes. Tablets, even when thin, lift your hand off the surface too much to write comfortably. A flat-ish cover/screen would be more comfortable.

I like the idea of a secondary display. Back when two-screen devices were all the rage I was right there on the bandwagon. Too bad it fell off a cliff. 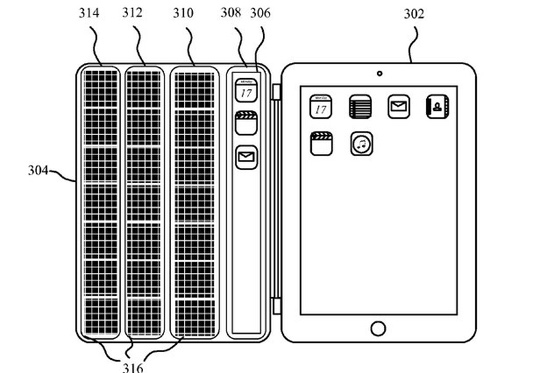 Most of those products were hybrid eReaders, and several of the flexible displays we hear about every now and then are eInk or a technology meant to emulate it. A low-power, thin, flexible display that’s also a cover that also does the laundry? Bring it.

Would you want a flexible display for your iPad? If so, what functionality do you think it should have to enhance tablet using?