Right now most Android phones and tablets feature ARM-based processors, but some very low cost devices have MIPs chips, including the Karbonn Smart Tab 1, a $125 tablet for the Indian market. 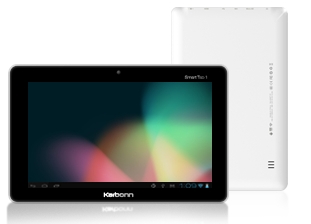 It’s not clear when the Android 4.1 software update will be available for the Karbonn tablet or other existing devices with MIPs-based processors, but the release of the source code will let device makers (and independent developers) start working to port Google’s latest software to run on those devices.