Acer will launch its S7 ultrabooks in the UK next month for £1,149.99 and up. That’s close to $1800 US, but the laptops will likely be substantially cheaper if and when they’re released int he US.

SlashGear reports that the starting price covers a model with an Intel Core i5 Ivy Bridge processor, 4GB of RAM, and 128GB solid state disk.

But what really makes the Aspire S7 special is the fact that the thin and light laptop features an optional touchscreen display. 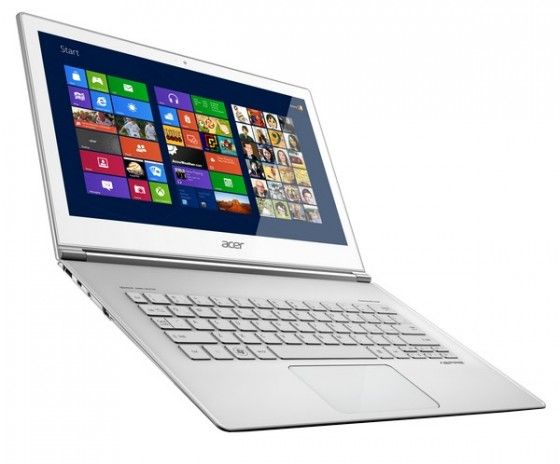 While the computer will initially ship with Windows 7, the touchscren will really come into play when a Windows 8 update is available in the following months.

Windows 8 is designed with a touch-friendly user interface including a new start screen with large tiles for launching apps and viewing live updates including incoming email messages, status updates, and weather information.

Microsoft’s new operating system will also support full-screen, tablet-like apps which can be used with a mouse and keyboard or fingertips. So bringing tablet-like features to laptops could make some of these apps easier to use.

Other options will include faster processors, additional RAM, and more storage space.

Acer is expected to offer Aspire S7 models with 11.6 inch and 13.3 inch displays.