VLC has a reputation as a Swiss Army Knife media player. The team’s apps for Windows, Mac, and Linux computers can handle virtually any media file you can throw at them.

Now VLC is also available for Android. You can find it in the Google Play Store. But the initial version is still very much beta software and it’s still a bit of a work in progress. 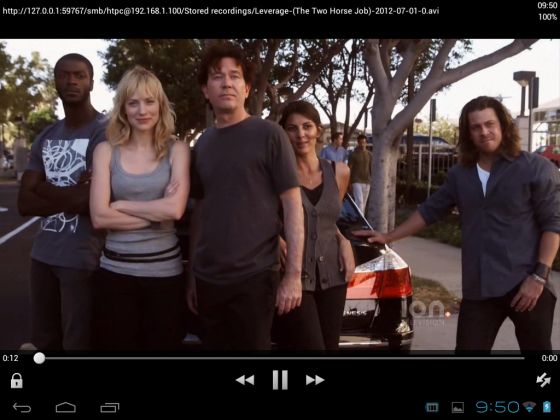 VLC for Android can handle a wide range of video formats. I tested some MP4, MKV, DiVX, and Xvid files, and the media player was able to open them all.

But the app struggled to play some of those files smoothly on my HP TouchPad with a 1.2 GHz Qualcomm Snapdragon dual core processor. Some 720p DiVX videos looked fine, but 720p MKV files presented more of a challenge.

Your results will probably vary depending on your phone or tablet’s hardware. My Google Nexus one smartphone was able to play most standard definition MP4 videos, but struggled with high definition MKV and AVI files.

VLC Beta does support hardware decoding on some devices. So if your device has native support for HD videos in selected formats, VLC may be able to play them smoothly. Because not all Android hardware is supported yet, this feature isn’t turned on by default, so you’ll need to dig into the settings and enable it.

Most of the HD videos I tested that didn’t work well simply looked glitchy with obvious frame skipping and other problems. But one or two files showed a black screen while the progress bar moved along as if video were actually playing.

I also found that skipping forward and backward while watching videos presented a bit of a challenge. VLC shows a progress bar, but you can’t slide your finger along it the way you can with many other media players. Instead there are forward and reverse buttons below the progress bar which you can tap to skip ahead or back — but this doesn’t always work. 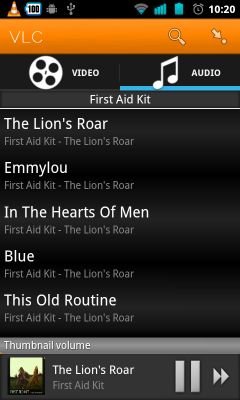 VLC for Android works much better as an audio player, since it should be able to handle most audio formats on a wide range of hardware. You can view music by album, artist, song, or genre. And when a song is playing, you can see the album art, artist, play/pause and skip buttons at the bottom of the screen.

Unfortunately, it seems like every time I exit the app and relaunch it, VLC needs to scan my audio library again to find songs.

All told, VLC for Android is a media player that shows a lot of promise — and it will likely appeal to folks that have been using VLC on desktop and laptop computers for ages. But right now MX Player, Mobo Player, and other video players may still offer a better experience.

VLC Beta for Android is available as a free download from the Google Play Store. If, like me, you get a message saying you don’t have any compatible devices (due to country restrictions), you can download the latest VLC-debug.apk  installer file directly from the Videolan nightlies site.

Most modern smartphones and tablets can use the android-v7-neon version, although you might want to try the android-v7-tegra2 version if you have a device with an NVIDIA Tegra 2 processor.