Microsoft has announced that Windows XP, Vista, and 7 customers in 131 countries will be able to upgrade to Windows 8 Pro for $39.99 by purchasing it online once the new operating system is available this fall.

Windows Media Center will also be available as a free add-on once you’re running Windows 8 Pro. It will be a paid add-on for the non-pro version of Windows 8. 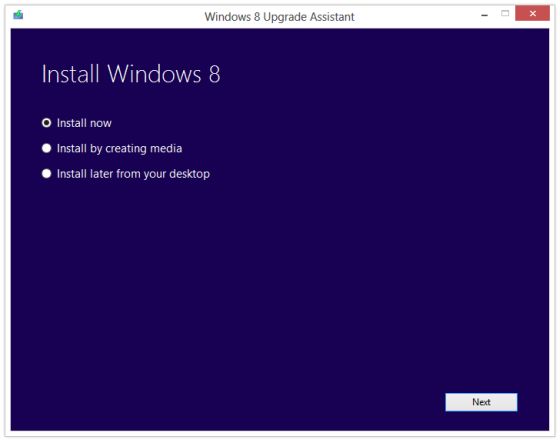 The promotion runs through January 31, 2013 and it provides a pretty good incentive to upgrade… if you think you can deal with Microsoft’s new Metro-style user interface and the removable of the Start button from the Windows 8 desktop.

Microsoft currently charges $120 or more to upgrade to Windows 7 from earlier versions of Windows (although bargain hunters can find deals for far below list price at various retailers).

The $40 promotion price feels a lot more Apple-like. The Mac maker tends to charge around $30 for major OS updates.

Of course, Ubuntu, Fedora, and dozens of other open source operating systems offer upgrades for free.

If you decide to buy a Windows 8 upgrade disk from a bricks and mortar store, Microsoft will offer a retail Windows 8 Pro upgrade package for $69.99 during the promotion. But if you have a reasonably fast internet connection you’re probably better off saving the $30 and downloading your update.

Microsoft is also running a separate promotion for folks that buy new computers between now and January 31st, 2013. They’ll be able to upgrade to Windows 8 for $15.