There are tons of manufactures in China making knock-off devices to sell at cheap prices, but rarely do these gadgets make me wish so hard I could actually have one. The Droid X360 is one such beast — Android 4.0 inside, PS Vita design, and enough emulators to keep you gaming for years. 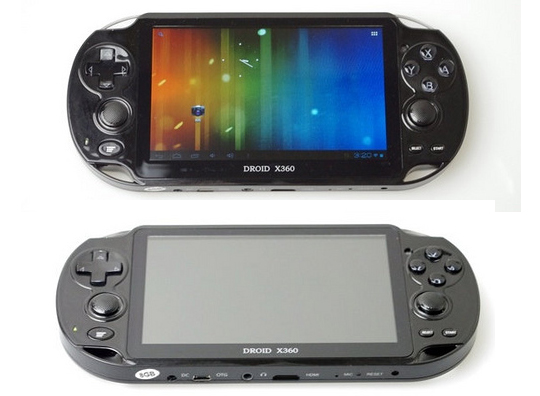 From the pictures, the Droid X360 actually looks solid and well-built. And if the video is anything to go by, it performs pretty well, too.

Inside it has a 1.5GHz CPU, 512MB RAM, 8GB internal storage, and a 2800 mAh battery. The 5 inch display’s resolution is only 800 x 480, which Is a bummer, but the device has HDMI-out if you need a bigger screen/res experience. Connectivity includes a microSD slot and mini USB. The rear-facing camera is 2MP; the front only has 0.3MP.

Overall, the Droid X360 just looks good. Retro gamers will appreciate the emulators for older game systems — which makes the resolution less annoying. And I bet it won’t take much effort to get newer Android games working.

Too bad we’ll never see this baby on store shelves here in the US. At TechCrunch’s Matt Burns aptly points out, “The Droid X360 has the mind of Android, a body of a Vita, and branding of Verizon’s Android phones and Microsoft’s gaming system. Plus, the thing ships with 9 different emulators… The only way it could infringe on more trademarks would be if there was a Mercedes-Benz logo on the backside.” 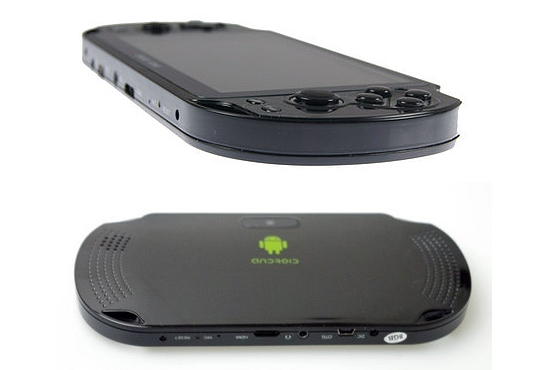 Still, it’s fun to dream. And on the product page the company lists an address, email and phone number for inquiries. There’s no price listed, but it couldn’t hurt o email and ask, right?