A new startup called Stella Mira is bringing yet another mini PC to the market. The Stella Mira Pocket Console is a tiny computer that’s about the size of a USB thumb drive.

The Pocket Console has 1GB of RAM, and an Alwinner A10 ARM Cortex-A8 processor. It runs Google Android 4.0 out of the box, but it can also run Ubuntu, Fedora, and other Linux-based operating systems.

If that sounds familiar, it’s because the device has the same processor as the MK802, Mini X, and Mele A1000, which can all run Android or Ubuntu equally well. 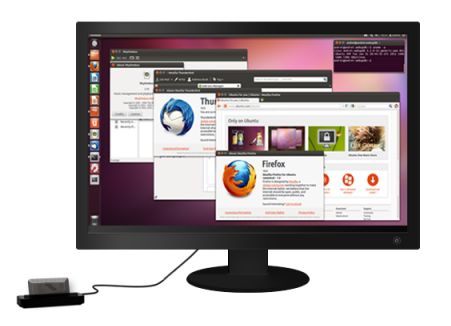 Stella Mira is selling the Pocket Console through an eBay store, where you can place an order for $130 — but order with caution.

Stella Mira’s eBay store currently has no user feedback, and the company notes that all orders placed through August 6th will be shipped starting August 27th. So it could be a month or more before you actually receive the Pocket Console.

The good news is that the press pictures show a device with a microSD card slot and 3 USB ports. According to one photo, it may even have a tiny heat sink which should prevent the device from overheating.

Here’s a run down of the little computer’s specs:

Preloaded software is said to include the Google Play Store, Netflix, Hulu Plus, OnLive, Pandora, XBMC, and Plex, and the device comes with root access enabled.

That all sounds nice — but the pre-release builds of XBMC currently available for Android don’t actually run very well on devices with the Allwinner A10 chipset yet. It seems like a bad idea to bake that software into the operating system instead of waiting for a better build to come along.