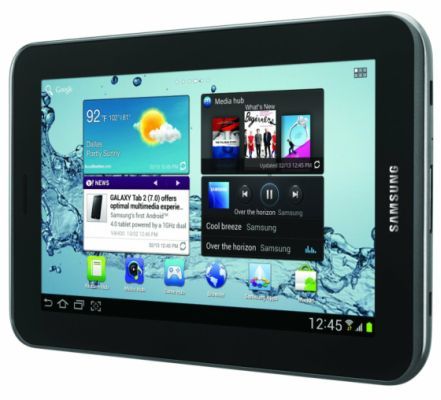 The Galaxy Tab 2 line of tablets represent Samsung’s entry-level devices. The 7 inch model  is a pretty great alternative to an Amazon Kindle Fire or NOOK Tablet, offering a similar screen and processor, but adding cameras, microSD card support, and Android 4.0 Ice Cream sandwich to the mix.

But now that Google is offering the Nexus 7 tablet with an even better screen and an even faster processor for just $199, the Galaxy Tab 2 is a tough sell in the US. The Google Nexus 7 isn’t available in Canada yet though, while the Galaxy Tab 2 is.

Update: It looks like Google has started taking orders for the Nexus 7 in Canada. Unless you need a rear-facing camera or microSD card slot, the Nexus 7 is probably a better deal than the Galaxy Tab 2 (7.0), but Samsung’s 10 inch model is still pretty reasonably priced.