The Raspberry Pi is often described as an inexpensive, low-power computer. But really, at this point it’s pretty much a low power motherboard, memory, and processor.

For $35 you can pick up a Raspberry Pi with a 700 MHz ARM11 processor and 256MB of RAM, but it doesn’t include any storage space… or a protective case.

While the Raspberry Pi developers plan to offer a model with a cheap case to educational institutions soon, the team has decided not to offer a case to retail customers — because since the first developer boards started shipping a few months ago, a cottage industry of third party case builders has popped up. And that’s exactly the kind of innovation the Raspberry Pi initiative was intended to spur, sort of. 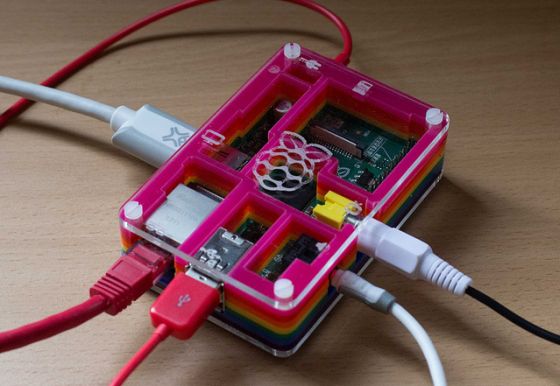 Actually, the Raspberry Pi was first conceived as an inexpensive computing platform for educational institutions that would encourage students to learn to program and hack the hardware and software to do new and interesting things.

But the Raspberry Pi has caught on with hobbyists as well, because the appeal of a $35 computer capable of running a desktop operating system is pretty strong.

We’ve already seen people come up with all sorts of software for the Raspberry Pi, ranging from media center applications and gaming console emulators to custom desktop Linux-based operating systems.

Custom cases for the little computer have also been available for months, with some users building their own cases out of legos or other materials and others buying solutions produced by others.

In a recent blog post, Raspberry Pi confirmed that they won’t be producing their own case. Instead they recommend picking up a Pibow case, an attractive acrylic kit that you put together yourself. It’s also designed to be modular, allowing you to add components to attach a camera, VESA mount, or other accessory to the computer.

The case runs £9.95, or about $16. Unfortunately international shipping is a bit steep, but there’s no reason you have to buy a Pibow for your Raspberry Pi case. Other companies offering them include ModMyPi, Adafruit, and The Daily Brick. Or you could just build your own, even using a printable design.

6 replies on “Raspberry Pi makers won’t ever sell a PC case, recommend the Pibow for now”