The Google Nexus 7 has an NVIDIA Tegra 3 processor, which is pretty zippy. But this version of NVIDIA’s quad-core processor runs at 1.2 GHz, while some other tablets have faster 1.6 GHz. versions.

But with a little elbow grease, you can overclock the Nexus 7 to run at 1.6 GHz. 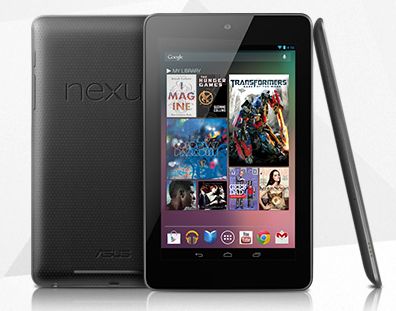 Xda-developer forum morfic has released a version of DerKernel Trinity for the Nexus 7. It’s a custom kernel that, among other things, allows you to overclock the 7 inch Android 4.1 tablet to run faster.

The Trinity kernel also includes a number of performance tweaks and optimizations to the governor, which determines when a processor should run at full speed and when it should run at lower speeds to preserve power and extend your battery life.

In order to install Trinity or any other custom kernel you’ll need to root the Nexus 7 and unlock the bootloader. You can then download the kernel and flash it to the tablet using the ClockworkMod or TWRP custom recovery tools.

If that sounds like a lot of work… don’t worry. Even without overclocking, the Nexus 7 is already one of the fastest Android tablets on the market. It should be able to run nearly any task you can throw at it. But if you want more control over your device’s performance, it’s good to see developers working on custom kernels for the $199 tablet.