The Ouya is an upcoming video game console designed around an NVIDIA Tegra 3 quad-core processor and Android 4.0 operating system. The developers hope to use Android as a platform for playing video games on a TV, which will make it easier for game developers to create titles for the big screen without jumping through the hoops necessary to get a game on the Xbox, Wii or PlayStation.

Whether you believe the Ouya will revolutionize the gaming console market or not, the  project has generated a lot of interest. More than 40,000 people have pledged over $5 million to the project, and many of those people will be among the first to get developer kits when they’re available in December or Ouya gaming consoles when they launch in March, 2013.

But here’s something you might not have known: The box is going to be small. Like, about the size of a Rubik’s Cube small. 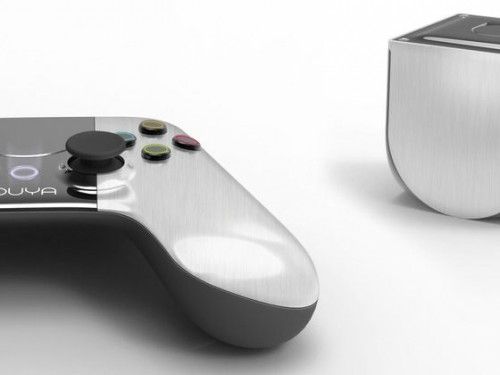 Up until now we’ve only seen rendered pictures showing what the Ouya will actually look like when it ships — and I always figured the game console looked smaller than the controller because it was in the distance. But designer Yves Behar says it will be “quite small, around the size of a Rubik’s cube.”

That will make the little console small enough to place almost anywhere in your living room, or to throw in a bag and carry with you.

Behar’s comments came during a Q&A with readers at video game blog Kotaku.

The small size makes sense. After all, the video game console has the same guts as a smartphone, which is designed to fit in your pocket. But somehow I kind of thought it’d be bigger.

In addition to the Tegra 3 processor, the box will have 1GB of RAM, 8GB of internal storage, an HDMI port, USB 2.0 port, and Ethernet port. It will features 802.11n WiFi, Bluetooth 4.0, and a wireless game controller that can be used over a Bluetooth or USB connection.