It’s only been a little over a week since the folks behind the Ouya video game console took to Kickstarter to raise funds for the project. At first the goal was to come up with $950,000, but it took just about 7 hours to surpass that goal.

Now the company has raised more than $5 million from over 40,000 backers — mostly from people who paid $95 or more to reserve one of the first video game consoles once they become available. 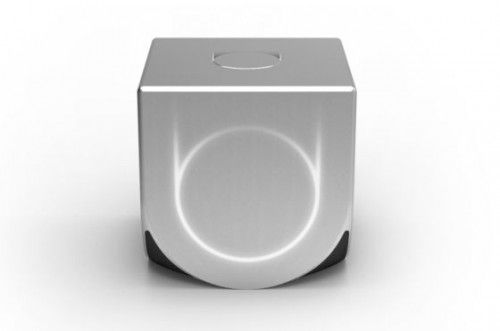 The team is also listening to requests from the community, and the Ouya team has announced that they’ll be adding an Ethernet port to the device. Previously only WiFi and Bluetooth connectivity had been planned.

Muffi Ghadiali has also been revealed as the product manager in charge of hardware and software for the Ouya console. He’s one of the folks that worked on Amazon’s Kindle product line, so he knows a thing or two about making inexpensive Android products.

He’s also worked on other consumer electronics products over the past 15 years.

The Ouya console will features an NVIDIA Tegra 3 quad-core processor, 1GB of RAM, 8GB of storage, HDMI, 802.11n WiFi, Bluetooth 4.0, and a USB 2.0 port. It runs Google Android 4.0 and will feature a game store. There will also be an SDK based on the Android Software Developer Kit for folks that want to optimize games for Ouya and distribute them via the Ouya store.

While the device won’t have a touchscreen like most Android phones and tablets, it will come with a wireless gamepad with a touch input area in the center for playing touch-based games.

The Ouya is also designed to be a hackable device — rooting it won’t void your warranty. So it’s likely we’ll see some interesting homebrew apps for the platform.

The console is expected to officially hit the market in March, 2013, but developer units could be available in December or even sooner.

While the addition of an Ethernet port should make some folks happy, Ghadiali notes that there probably won’t be many other changes to the specifications before launch — it’s not easy to keep the price at $99 while beefing up the specs.