Microsoft’s next-generation operating system for desktop, notebook, and tablet computers is expected to be available in October. Windows RT for devices with ARM processors will be available at the same time.

RTM stands for release to manufacturing — meaning that Microsoft could send a nearly final build of Windows 8 to PC makers and other partners as soon as next month so they can finalize designs for computers that will ship with Windows 8 software preloaded later this year. 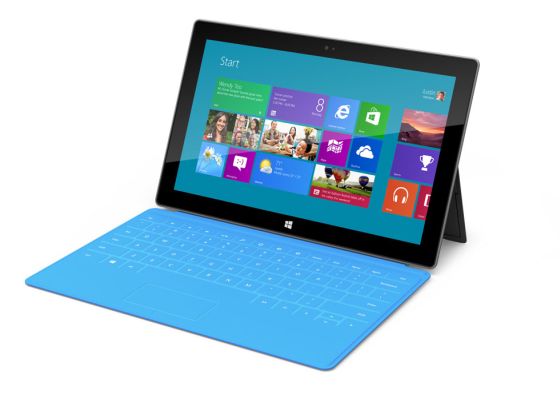 Windows 8 is a major update to Microsoft’s flagship software. The most noticable change is a new user interface: the start menu has been replaced with a new full-page start screen designed to provide shortcuts to programs and information such as weather updates or unread email notifications at a glance.

The Windows 8 start screen is also designed with touch input in mind, and will be easy to navigate with your fingertips whether you’re using a tablet, an all-in-one desktop with a touchscreen, or even a traditional laptop with a touchscreen — something Microsoft is encouraging PC makers to offer.

Windows 8 will be available in 231 markets and will support 109 languages.

If you buy a new PC between now and January, you’ll probably be able to upgrade from Windows 7 to Windows 8 for $15.

If you don’t plan on buying a new PC anytime soon, you’ll be able to upgrade from Windows 7, Vista, XP, or even the free Windows 8 Release Preview for just $40.

Or you could always stick with Windows 7 indefinitely or try another operating system. It will be a number of years before Microsoft stops offering security updates for Windows 7, and odds are most of the software you currently run on a Windows PC will be able to run for years to come.

Meanwhile, desktop Linux operating systems such as Ubuntu, Mint, and Fedora are getting better and easier to use all the time.

2 replies on “Microsoft expects to launch Windows 8 in October”