MIPS Technologies and iPPea have unveiled another entry into the Android-powered mini PC space. The iPPea TV is a USB thumb-drive sized device that you can plug into a TV to run Android apps, surf the web, play games, or stream internet video on a big screen.

It looks a lot like the MK802 or Equiso Smart TV, but the key difference is that the iPPea device has a MIPS-based processor rather than an ARM-based chip.

The iPPea TV is also one of the cheapest options I’ve seen. It goes up for pre-order tomorrow for $50, and the mini PC is expected to ship later in July. There’s a flat-rate shipping fee of $15. 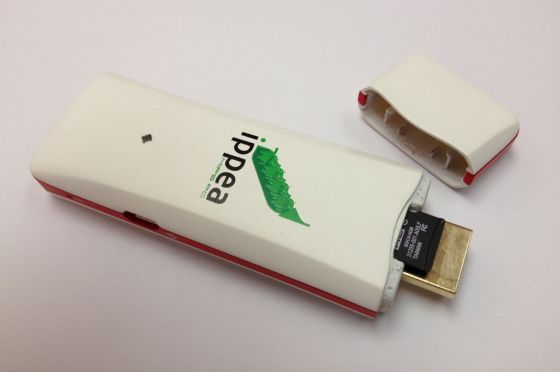 It may not have the fastest processor around, but the device can handle 1080p HD video playback, and the iPPea TV runs Google Android 4.0.3 software.

The company will also offer optional accessories including an HDMI extension cable, a USB-to-Ethernet adapter, a wireless controller with a QWERTY thumb-keyboard and a gyroscopic sensor that lets you manipulate an on-screen mouse.