The Google Play Movies app for Android lets you stream TV shows and movies rented or purchased from the Google Play Store. But the streaming video service only works in the US — and up until recently it only worked if you had a supported device that wasn’t rooted.

Now Google has dropped one of those restrictions. 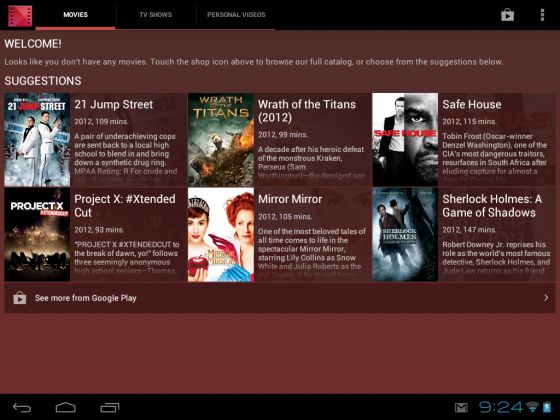 While folks outside of the US will be getting the Google Nexus 7 tablet soon, they won’t be able to access movies, tv shows, or magazines from the Play Store.

But if you’re in the US and you’ve been unable to stream video content from the Play Store up until recently because you’ve rooted your device or installed a custom ROM such as CyanogenMod, you might want to give the app another try.

Last week users started to notice that Google had lifted the restriction on rooted devices.