Mini PCs are getting a lot of attention these days. But while cheap little computers like the $35 Raspberry Pi and $74 MK802 are interesting platforms for running Android or other Linux-based operating systems, they’re not exactly high performance systems.

But Chinese company Giada has been making tiny PCs for years. The company’s Intel Atom-powered nettops caught our eye a few years ago due to their incredibly thin cases. More recently, the company has been producing systems with speedier 3rd generation Intely Core family processors (code-named Ivy Bridge).

The latest is the Giada i53 Mini PC. It’s a small form factor PC with a dual-core Ivy Bridge CPU, support for 1080p HD video, 5.1 channel audio, and a $520 price tag. It’s a relatively low power system, using less than 35W — or about what you’d expect from a laptop rather than a desktop computer. 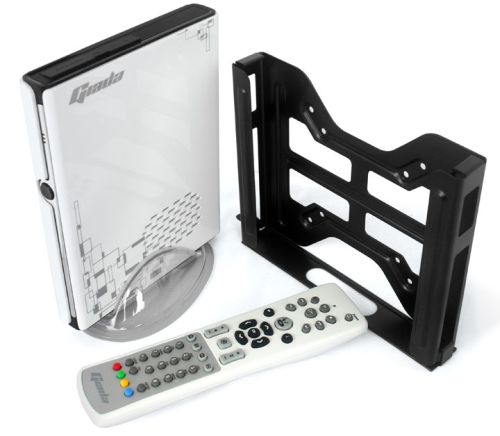 That makes the Giada i53 a good choice for use a home theater PC, since it won’t run up your electricity bill quite as quickly as some desktops. The included remote control is also a nice touch.

Giada’s latest computer will run about $520 with an Intel Core i5 CPU, 4GB of RAM, and a 500GB hard drive. It’s also available with Core i3 and Core i7 options, all with Intel HD 4000 integrated graphics.

The computer features 5 USB ports including a USB 3.0 port, HDMI and VGA output, 802.11n WiFi and Bluetooth. It also features a flash card reader and mic and headphone jacks.

Giada will sell the i53 in the US and Canada starting later this month.