While the little computer ships with Google Android, like other devices with Allwinner A10 chips it can also run other Linux-based operating systems including Ubuntu and Fedora.

Out of the box, though, most versions of the Mini X run Android 2.3 Gingerbread. But there’s also a build of Android 4.0 Ice Cream Sandwich for the Mini X. 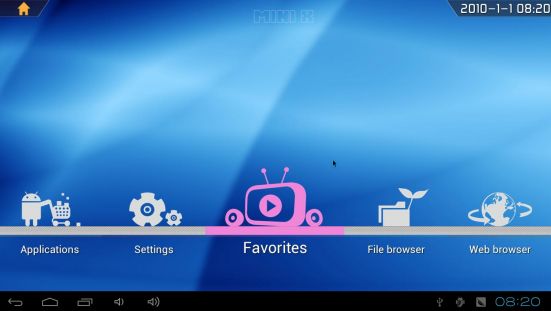 You can download the Android 4.0 firmware from Brando (which happens to be selling the Mini X for $89.

This should add support for tablet-style Android apps, an improved notification system, and other tweaks. There’s also a custom app launcher designed for televisions, making it a little easier to navigate through Android while sitting on your couch and holding a remote control.

If you already have a Mini X running Android 2.3, I suspect you’ll be able to upgrade to Android 4.0 with the same tools used to flash a firmware update on the MK802, a similar mini PC. 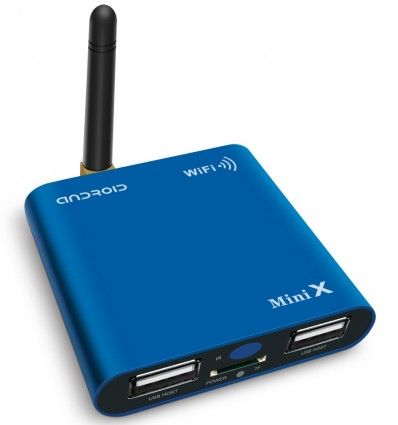 What makes the Mini X stand out from the MK802 is the inclusion of a remote control, an external WiFi antenna, and 2 full-sized USB 2.0 ports.

Some retailers might start calling the box a Mini Xplus soon, due to legal issues.