The VTech InnoTab is an inexpensive, rugged tablet designed for children. It has a 5 inch color touchscreen display and it’s designed to run educational games, display eBooks, and play media files.

It’s not exactly a powerhouse. The InnoTab has a 180 MHz ARM11 processor, 64MB of memory, and an SD card slot for up to 16GB of additional storage.

But the InnoTab is cheaper than most tablets on the market. You can pick one up from Amazon for just $60

. And while the InnoTab is never going to be an iPad killer, it turns out to be a little more versatile than you might think. 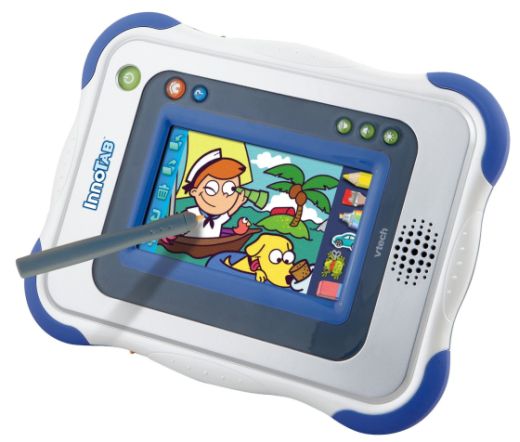 InnoTab owner BT-Vision has figured out how to get at the underlying Linux operating system and install some third party apps. So far he’s managed to get ScummVM, DOOM, and an Atari Emulator to run on the tablet for some classic gaming.

The folks at eLinux also managed to get the source code for the InnoTab from VTech, which should help any developers interested in building software or porting existing apps to run on the tablet.

The way Android tablet prices are falling, the appeal of a 5 inch tablet with a 180 MHz CPU is probably pretty limited. But if you were thinking of picking up one of these little guys anyway (you know, for your kids), I suppose it’s nice to know you could theoretically play a little Monkey Island in ScummVM on the tablet.

via Hack a Day