The developers behind the popular VLC media player for Mac, Linux, and OS X are getting ready to release VLC for Android. The app has been in development for years, but a public beta will be available in the Google Play Store within the next few days. 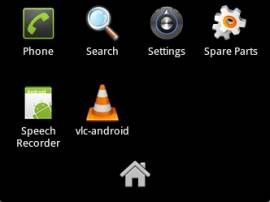 VLC for Android will support phones and tablets running Android 2.1 through Android 4.0 on a variety of devices. It’s been tested on the phones including the Google Nexus One, HTC Desire HD, Samsung Galaxy Nexus, Samsung Galaxy S3, and HTC One X, with varying results.

VLC has a reputation for supporting a wide range of audio and video file formats, and the Android app will be no different. But you’ll get the best performance on phones with support for hardware video decoding in a range of formats.

VLC will also support subtitles in a range of formats as well as videos with multiple audio tracks.

If you want to help move the development of VLC for Android forward, the team is accepting cash contributions as well as donations of phones for developers to work with. You can also help test early builds of VLC found in the VideoLan forums.

5 replies on “VLC beta coming to Android 2.1 and up this week”