Toshiba is showing off a couple of early prototypes of Windows 8 convertible tablet-style computers. The company isn’t ready to announce any specifications, release dates, or prices yet, but the folks at The Verge and Engadget did get to spend a little hands-on time with two different Toshiba concepts. 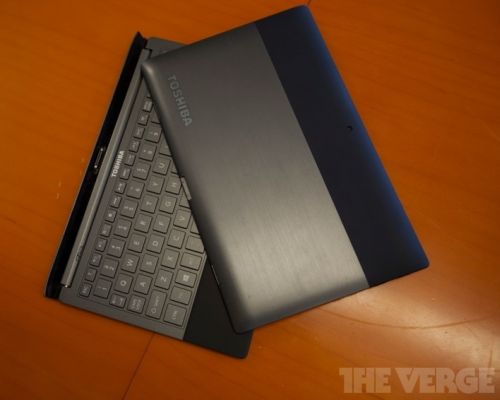 The first is a tablet with a detachable keyboard dock. This is a style that was made popular by the Asus Eee Pad Transformer line of Android tablets, but Asus clearly doesn’t have exlusive rights to the design.

Samsung, Acer, and other companies have unveiled similar designs for Windows 8 tablets.

Like the keyboards for the Asus Transformer line of devices, the Toshiba keyboard dock doesn’t only provide a physical keyboard for typing and a touchpad for navigation. It also offers a few extra ports including  3 USB ports and an HDMI port. 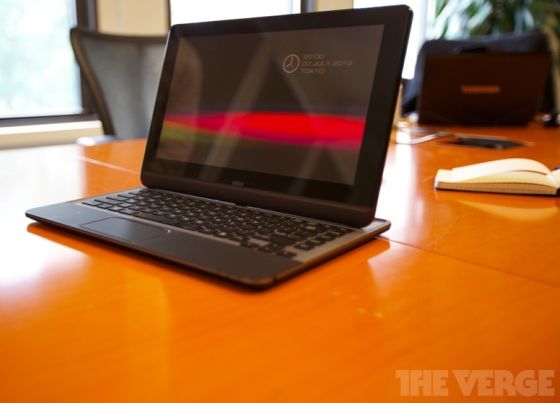 The second convertible tablet prototype is a slider-style device, with a keyboard that’s always attached. But when you don’t want to use the keyboard you can slide the screen to cover it and hold the device like a slate.

This tends to lead to tablet that are a bit heavier than those without any keyboards at all. But at least you don’t have two devices to carry around.

Toshiba is also showing off a notebook prototype that has a touchscreen display — but it’s not a tablet. Instead you’re simply given the option of using the touchpad or the touchscreen to navigate when using the laptop.

I’m still not convinced that it’s entirely comfortable to reach up from a keyboard to tap a screen, but Windows 8 does have a new user interface designed for touch input, so I suppose it makes sense that we’re starting to see desktop and laptop computers that take advantage of features that look like they were designed for tablets.