Research in Motion is phasing out the 16GB model of the BlackBerry PlayBook tablet. The company has confirmed plans to continue selling existing inventory until it’s out of stock, but moving forward RIM will only be producing new 32GB and 64GB PlayBook models. 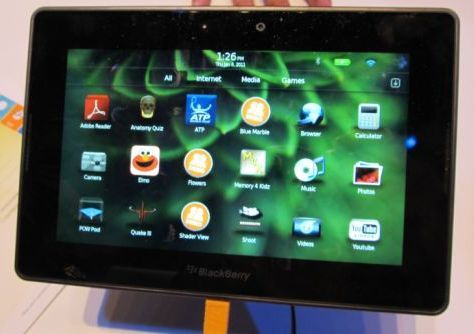 When the PlayBook first hit the market last year RIM charged $499 for a 16GB model and more versions with additional storage. But in order to goose sales, the company eventually slashed prices by as much as 60 percent. Right now you can grab a 16GB PlayBook for under $200.

While there aren’t as many native apps available for BlackBerry tablets as Android or iOS devices, RIM has recently added tools to let Android developers bring their apps to the PlayBook with little effort. The PlayBook also has one of the best mobile web browsers around.

RIM is expected to launch a 4G version of the tablet soon, and the upcoming BlackBerry 10 operating system will be able to run on existing tablets. But while RIM continues to push last year’s model competitors are continuing to bring newer, faster tablets running Android and other competing operating systems to market.

I wouldn’t read too much into RIM’s decision to cancel the 16GB PlayBook. Unlike HP, RIM is making a long-term investment in the tablet space.