It took a little longer than planned, but the developers behind the OpenSUSE Linux distribution have released OpenSUSE 12.2 Beta 1 for testing.

The latest version of the operating system is available for download, with Live images for GNOME and KDE editions. That means you can run the software from a CD, DVD, or USB flash drive without installing anything to your computer. 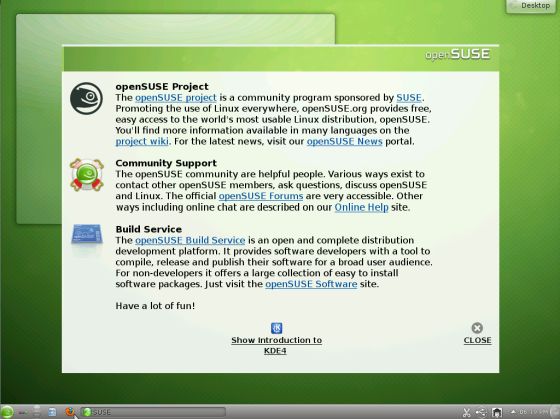 OpenSUSE 12.2 Beta 1features a choice of the KDE 4.8.3 or GNOME 3.4.2 desktop environments and a number of updated software packages including the GIMP 2.8 image editor, new compiler tools, and graphics improvements.

The update also moves from the GRUB boot loader to GRUB 2.

For the most part OpenSUSE 12.2 feels like an incremental update from earlier versions of the operating system, but it’s nice to see the developers moving to update the base packages of this generally robust and long-popular operating system for computers including desktops, notebooks, and servers.