Microsoft may finally be preparing to launch a version of the Windows operating system designed to run on devices with ARM-based processors. But Intel powered devices are dominating this year’s Computex trade show.

During today’s Intel keynote presentation, the company showed a wall filled with 50 different ultrabooks. Those are thin and light laptops which, by definition, feature Intel processors (because Intel owns the trademark on the word “ultrabook”). 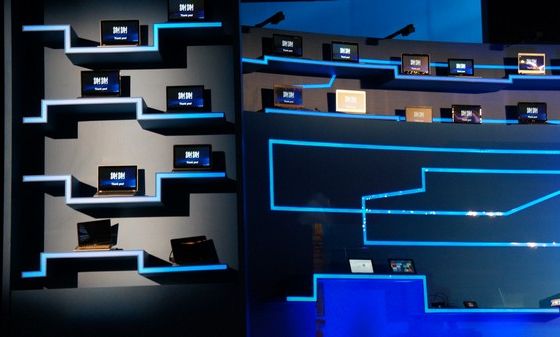 Intel also says that more than 20 tablets with Intel processors and Windows 8 software are on the way.

That doesn’t mean we’re only going to see high power tablets with Ivy Bridge processors. Asus has already unveiled an 11.6 inch tablet with a low power Intel Atom processor. Sine the Asus Tablet 810 has an x86 chip it can run the full Windows 8 operating system instead of the ARM-only Windows RT. But it will likely prioritize small size and long battery life over computing performance.

Engadget reports that Intel is also investing money in companies that produce 13 inch and larger display panels to help spur development of larger touchscreens for ultrabooks. The company apparently expects more than half of the ultrabooks that ship in 2013 to feature touchscreens.