With a 1.2 GHz dual core processor, a sturdy case, and a iPad-like 9.7 inch display, the HP TouchPad accidentally became one of the best Android tablets when HP discontinued the device last summer, marked down the price to $99, and hackers figured out how to load Google’s operating system onto the tablet.

But while the HP TouchPad originally shipped with webOS software, it turns out the tablet was originally designed to run Google Android. No wonder it handles the operating system so well. 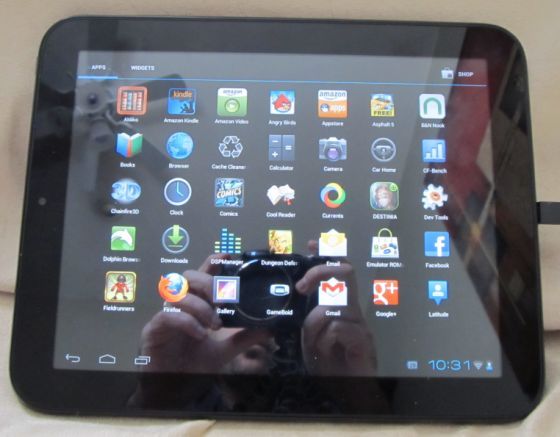 That revelation comes Josh Marinacci, a former member of the webOS developer relations team for HP. An article on his personal blog functions as a bit of commentary on Chris Ziegler’s lengthy and detailed post about the troubled history of webOS.

According to Marinacci, the HP TouchPad was developed by HP before the company even acquired Palm. The tablet was supposed to run Android at first, but that plans was scrapped after HP spent over a billion dollars to acquire its own operating system.

Marinacci also suggests that the tablet was selling reasonably well just before it was scrapped — it may even have been one of the best-selling tablets that wasn’t the Apple iPad. Unfortunately “distant second” might not have been good enough for some people. But that’s all based on anecdotal evidence.

What’s a bit less anecdotal is the fact that HP was working on a number of different prototypes for future devices. The highest profile was the HP TouchPad Go, a 7 inch tablet which almost made it to market, but was canceled before it launched.

But Marinacci also saw prototypes of other devices including a model with a slide-out keyboard.

4 replies on “HP TouchPad was originally designed for Android, sliders were under development”