The Gooseberry is a tiny computer board with an Allwinner A10 ARM Cortex-A8 processor, Mali 400 graphics, 512MB of RAM, 4GB of storage, 802.11b/g/n WiFi, a microSD card slot, mini HDMI and mini USB ports, as well as a headphone jack.

A small number of Gooseberry boards will go on sale this week for £40, or about $63 US. 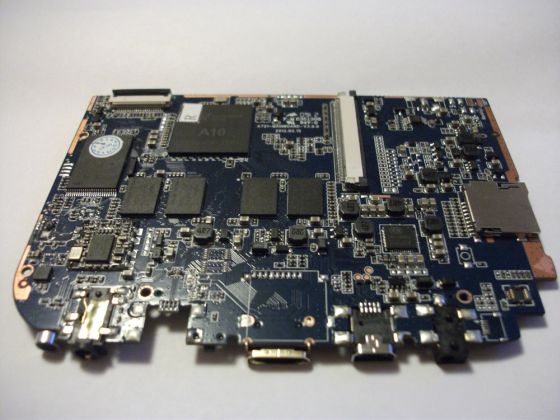 The device comes with Google Android 2.3 preloaded, but it can also handle a number of other operating systems including Android 4.0, Ubuntu, or Puppy Linux.

In fact, since the Gooseberry has an Allwinner A10 chip, anything that runs on the Mele A1000 or MK802 should run on these tiny computer system.

But unlike the MK802 or Mele A1000, the Gooseberry is targeted at developers and tinkerers. Like the popular Raspberry Pi, this little computer doesn’t even have a protective case. It’s just an exposed system board.

The Gooseberry project was started by a guy who was tired of waiting to get his hands on a Raspberry Pi — and contacted a Chinese manufacturer that makes Allwinner-A10 devices to negotiate inexpensive prices for a developer board that can be used as a low power desktop computer.

The device has the same basic guts as dozens of inexpensive Android tablets. But it doesn’t include a touchscreen, battery, or case — which makes it cheaper and easier to hack.

While the Gooseberry sells for nearly twice the cost of a Raspberry Pi device, it also has a faster processor based on newer architecture. The Allwinner A10 can run at speeds up to 1.5 GHz. The Gooseberry also has built-in WiFi — something that you don’t get with the Pi.

And unlike the MK802, the Gooseberry has a power button, which should allow you to turn the thing off without physically unplugging it. But while the MK802 ships with a few cables for connecting to a monitor or other device, the Gooseberry doesn’t ship with HDMI or USB cables. You’ll need to bring your own. It only includes a power cable.

This is a really small scale endeavor right now. While the founder of the Gooseberry Project hopes to start selling boards on a first come, first served basis when the first units arrive this week, he’s only expecting 10 units in the first shipment.

You can check out a few shaky videos below.

14 replies on “Gooseberry developer boards: £40 alternative to the Raspberry Pi”