The CX-01 is a USB thumb-drive sized device designed to let you run Android apps on a TV. At one end of the stick there’s an HDMI adapter which lets you plug the device directly into an HDTV. There’s also a full-sized USB port for a keyboard or mouse, and a microUSB port for charging or connecting the CX-01 to a computer. 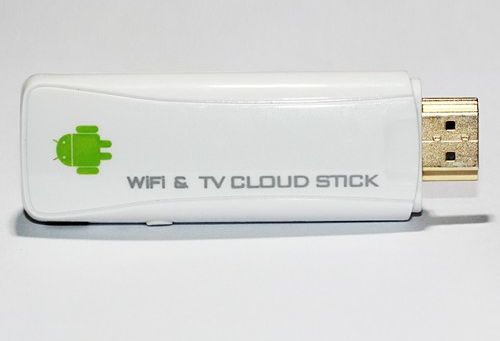 On the other hand, the CX-01 doesn’t have a microSD card slot. That means you’re stuck with 4GB of storage unless you plug in a USB flash drive or other storage device. It also means you won’t be able to boot the device from a microSD card slot — something that currently lets you run Ubuntu, Puppy Linux, or other operating systems on the MK802.

While ARM Cortex-A5 chips aren’t all the common, CNX-Software and IT Portal note that they may actually be faster than Cortex-A8 chips in at least some cases.

But the Telechips TCC8923 processor isn’t nearly as common as the Allwinner A10 CPU found in the MK802, which means that there’s currently more of an independent developer community for products like the MK802.

Still, if you’re looking for a cheap device that will let you run Android on your TV for web surfing and smashing a few angry avians against inexplicably green pigs, the $53 CX-01 looks like an interesting option.