Research in Motion is pushing back the launch of its next-generation operating system for smartphones and tablets until 2013, and the company is eliminating 5,000 more jobs.

It’s been a tough quarter for the company, which announced its latest fiscal results this afternoon. Long story short: Revenue was down 33 percent from the previous quarter and 43 percent from the same period last year.

While $2.8 billion in revenue for the period still sounds good, RIM had an adjust net loss of $192 million during the quarter. 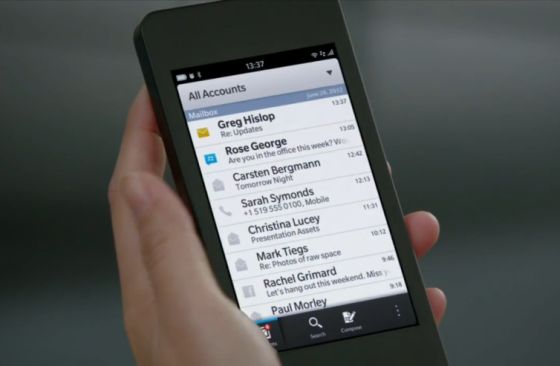 The company’s decision to slash prices for the BlackBerry PlayBook tablet may not be helping things much. Originally introduced with prices of $499 and up, you can now pick up a PlayBook for as little as $199.

If you do that though, it looks like you’ll have to wait until next year to run RIM’s upcoming BlackBerry 10 operating system on it. The company says it’s made progress with the platform, but needs more time to work on the software.

Putting a positive spin on things, CEO Thorstein Heins says he “will not compromise the product by delivering it before it is ready.”

Of course, the PlayBook is actually in better shape than smartphones running an aging version of the BlackBerry OS. The tablet, at least, has an operating system optimized for touch input, one of the fastest mobile web browsers around, and support for some Android apps as well as native apps designed for the PlayBook OS.

BlackBerry 10 was originally scheduled to launch before the end of 2012. The operating system features a new on-screen keyboard with intelligent text prediction and an overhauled multitasking interface that makes switching between apps simpler.

In today’s earnings report, RIM also noted that 7.8 million BlackBerry smartphones shipped during the quarter, while 260,000 PlayBook tablets were shipped.