Acer’s next-generation ultrabooks will feature high definition touchscreen displays and the Windows 8 operating system. The Acer Aspire S7 series ultrabooks will also come in two sizes: you’ll be able to pick one up with an 11.6 inch or a 13.3 inch screen.

Up until now Acer has only offered ultrabooks with 13.3 inch or larger displays. But you’ll probably have to wait at least until Windows 8 is released this fall to actually get your hands on one of the new S7 ultrabooks. 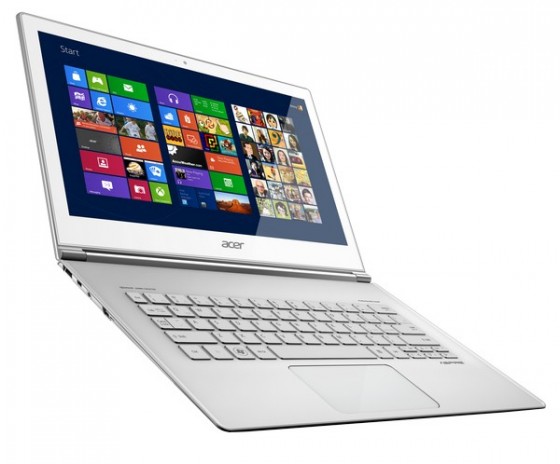 While these computers are thin and light notebooks rather than laptops, the addition of touch support should make it easier to interact with the new Metro style user interface in Windows 8. Many Metro style apps will be designed for touch input, and while you can certainly use a touchpad or keyboard and mouse with Windows 8, some features will be more intuitive with touch.

Acer is also promising that the screens on the new S7 ultrabooks will tilt back 180 degrees — meaning you can kind of, sort of use them like tablets if you really want to… as long as you don’t mind having a big keyboard hanging out next to your touchscreen display.

The ultrabooks feature backlit keyboards and aluminum unibody cases. The 13.3 inch model has a glass lid as well.

Acer says you’ll be able to get up to 9 hours of battery life from the 11.6 inch model, while the larger laptop has a larger battery and offers up to 12 hours of run time.