So while the MacBook Air is a fairly successful product for Apple, you have to wonder what would happen if the company took away a few bells and whistles and offered a model that was more competitive with Windows notebooks. 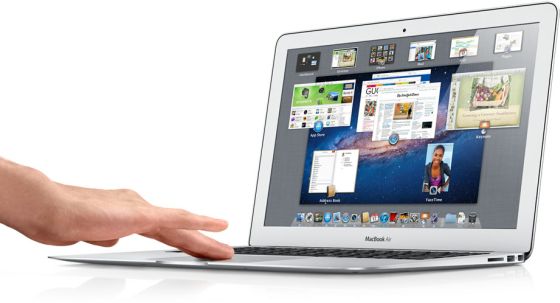 According to DigiTimes Apple could launch a $799 ultrabook model during the third quarter of 2012.

The move would come at a time when PC makers are trying to push “ultrabooks,” which are ultraportable laptops that share an awful lot of DNA with the MacBook Air. Like the MBA, ultrabooks are thin and light notebooks with solid state storage, nearly instant-resume from sleep, and the latest Intel chips.

A handful of ultrabooks are available in the $800 price range, and Intel is hoping to see even cheaper models soon, possibly with plastic cases instead of metal. But most ultrabooks on the market today carry price tags of $900 or higher and struggle to match the build quality of Apple’s MacBook Air line.

Apple has long shown that shoppers are willing to pay premium prices for devices that they at least believe offer superior quality. That’s why Apple can sell millions of iPads at $499 and up while competitors struggle to sell a fraction as many Android tablets at a fraction of the price.

If Apple starts to sell MacBook Air models that are cheaper than many ultrabooks, it could spell trouble for competing PC makers.

There’s also no guarantee that Apple will release a cheaper Air. DigiTimes is a Taiwanese publication with sources at the companies that build most consumer electronics devices sold in the West. But DigiTimes has a hit-or-miss record with this kind of rumor.

10 replies on “Would a $799 MacBook Air spell doom for ultrabooks?”