A few years ago Chinese tablets with low power VIA 8650 ARM9 processors were all the rage… in China at least. But Rockchip, Telechips, and Allwinner have largely dominated the market lately thanks to faster Cortex-A8 and Cortex-A9 processors. 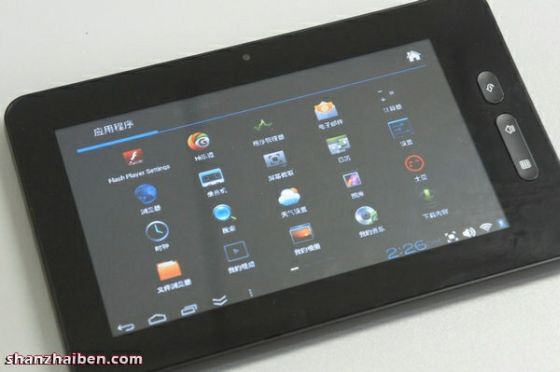 Chinese tablet maker Haipad is starting to show off one of the first tablets with an 8850 chip. It’s a pretty basic 7 inch Android tablet with a few dedicated buttons for home, menu, and back features — suggesting it was originally designed for Android 2.3 or earlier.

But the demo video shows that the tablet handles Android 4.0 pretty well, complete with animated transition effects, live wallpapers, and even videos that can be resized while playing with a pinch-to-zoom gesture.

We don’t tend to see a lot of tablets with VIA WonderMedia chips in the US… but it looks like it may be a fairly capable processor for low-cost devices.