It’s only been a few weeks since the Samsung Galaxy Tab 2 (7.0) went on sale in the US, and it’s been even less time than that since hackers figured out how to root the 7 inch tablet. Now one of the first custom ROMs is available for the Galaxy Tab 2.

Independent developer xoomdev has ported the popular CyanogenMod 9 version of Google Android to run Samsung’s latest hardware. You can find download links at the RootzWiki forum. 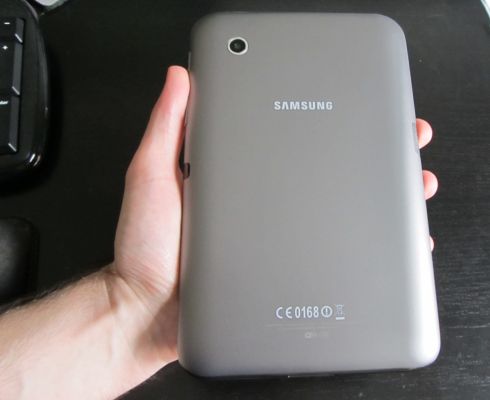 Part of the appeal of the Galaxy Tab 2 (7.0) is that you don’t have to root it or install custom firmware to get Android 4.0 or access to the Google Play Store or other apps. Other 7 inch tablets in the $200 to $250 price range including the Amazon Kindle Fire and Barnes & Noble NOOK Tablet run custom versions of Android and won’t be able to download apps from the Google Play Store without rooting.

But the Galaxy Tab 2 also has a custom version of Android. It ships with Samsung’s TouchWiz software which looks nice, but which has a few odd quirks. For example there’s no good reason to put a screen capture button in the toolbar next to the recent apps button when you can also take a screencap by holding the power and volume down buttons at the same time.

Anyway, long story short — if you’d prefer to run CyanogenMod on your 7 inch Galaxy Tab 2, now you can do that.

This is an unofficial build and it’s still a work in progress. Bluetooth doesn’t work properly, some apps don’t show up in the Google Play Store, and audio input isn’t currently supported. But if you don’t want to wait for the CyanogenMod team to release an official build for the Galaxy Tab 2, this is as good as it gets… for now.

Update: You can find a number of other custom ROMs for the Samsung Galaxy Tab 2 (7.0) in the Android development forums for the tablet at the xda-developers and RootzWiki forums.

2 replies on “Unofficial CyanogenMod 9 build for the Samsung Galaxy Tab 2 (7.0)”