Toshiba introduced its latest 10 inch tablet a few weeks ago, and now it’s available for purchase from Amazon for $450 and up 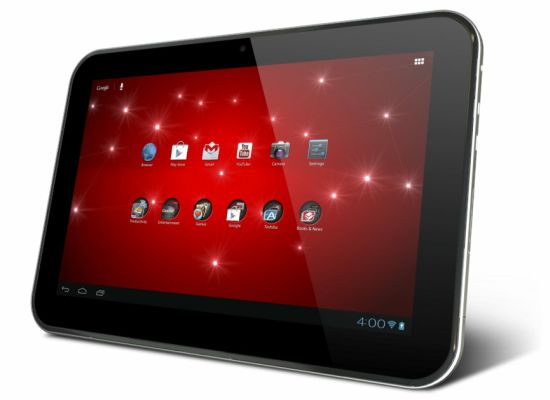 The tablet is part of Toshiba’s new Excite lineup which focuses on sleek, thin and light designs, unlike the company’s earlier Thrive tablet line which feature thicker, rubberized cases. The 10 inch Toshiba Thrive also stood out from the Android tablet crowd by offering a removable battery and full-sized USB and HDMI ports.

Those features are all missing from the Excite 10, which looks a lot like the latest offerings from Acer, Asus, and other tablet makers.

Still, while the Excite 10 may not really have much to set it apart from the competition, it looks like a pretty decent tablet with a 2MP front-facing camera and 5MP rear camera and a battery that Toshiba says is good for up to 10 hours of run time.

The tablet measures about 0.4 inches thick and weighs about 1.3 pounds.

Toshiba also plans to release 7.7 inch and 13.3 inch tablets as part of the Excite family.