The developers behind the Tizen Linux-based operating system for smartphones, tablets, and netbooks have released version 1.0 of the software developer kit. It’s code-named Larkspur, and it’s an important milestone for the project as Tizen hopes to encourage developers to write applications optimized to run on the operating system. 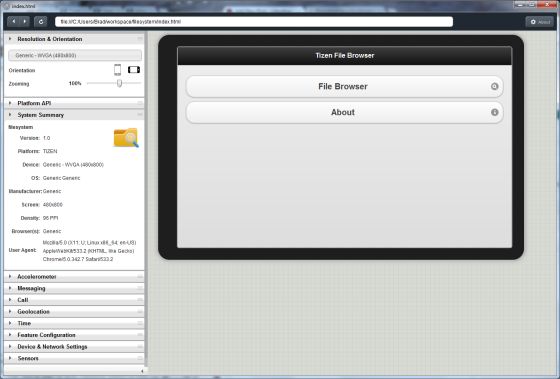 The Tizen project emerged from the ashes of MeeGo — and open source operating system which was itself created by the merger of Intel’s Moblin netbook OS and Nokia’s Maemo smartphone operating system.

Up until now we’ve seen very few devices actually ship with Maemo, Moblin, or MeeGo. It’s not clear whether Tizen will have any more commercial success as the OS enters markets currently dominated by Google, Apple, and Microsoft.

Tizen even has to compete with its precursor — the folks behind the Mer project are continuing to develop software based on an open source implementation of MeeGo, and the high profile Vivaldi tablet will ship with a version of Mer Linux and KDE Plasma Active software.

That said, Tizen is maintained by the Linux Foundation and has the backing of Intel, Samsung, and some other major players. I wouldn’t count it out just yet.

The Tizen 1.0 Larkspur SDK includes tools for developing applications for the operating system. Tizen places an emphasis on web apps and web technologies, which means that many apps designed for the OS will also be able to run on other platforms.

In the SDK you’ll also find an operating system emulator and a web simulator for testing and debugging applications.

You can take the Tizen SDK for a spin on a Windows or Ubuntu Linux computer.