The Sony Vaio T11 and T13 ultrabooks are expected to hit the streets this month with second-generation Intel Core series processors. But TechFokus spotted the thin and light laptops in the wild recently and received confirmation from a Sony official that models with Ivy Bridge third-generation Intel Core chips would also be available. 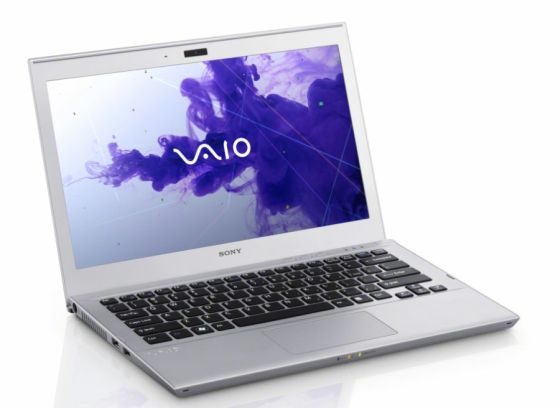 Intel isn’t expected to ship its Ivy Bridge chips for ultrabooks until June, so it’s likely that we won’t see Sony’s 11.6 inch or 13.3 inch ultrabooks with the new processors until next month at the soonest.

But in a hands-on video with the new laptops, TechFokus does highlight a few other features that you won’t find in the official press release.

For instance, the laptops both feature RAM access panels on the bottom of the case, as well as removable batteries.

Those two features might not sound that impressive to long-time laptop users. But they’re virtually unheard of in the ultrabook space. In order to keep ultrabooks thin and light, so far most computer makers have designed these laptops with unibody metal cases. Those cases are light, sturdy, and attractive. But they make upgrading components or swapping out batteries nearly impossible.