You think Research in Motion is the only company handing out prototype phones to developers in hopes of getting them to write apps for its new operating system? Think again. 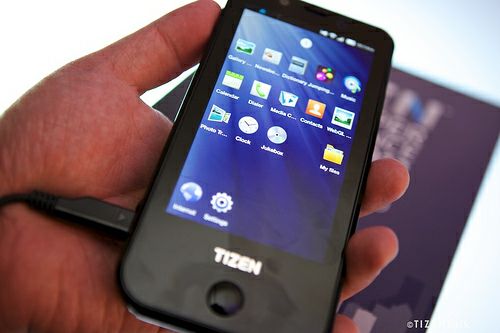 Tizen is the OS that rose out of the ashes of MeeGo (and Moblin and Maemo before it). The platform is backed by Intel, Samsung, the Linux Foundation, and a number of other big players. Tizen 1.0 was released last week in advance of the 2012 Tizen Developer conference.

There’s a heavy emphasis on web technologies, but to be honest, when you slap it on a smartphone, Tizen looks an awful lot like every iOS, Android, BlackBerry 10, and every other mobile operating system on the market these days.

The developer phone also looks pretty familiar. It has a 4.3 inch display, a 1.2 GHz dual core processor, a touchscreen display, and front and rear cameras — although there’s no camera app yet. The software platform is still pretty young.

You can check out a video overview of the phone in action thanks to the folks at The Handheld Blog.