Samsung and Google have introduced the next generation of hardware designed to run Chrome OS. Google’s Chrome operating system is basically an OS designed around a web browser, and it’s designed to boot quickly, let you get online in just a few seconds, and run web apps while saving little data to local storage.

The latest Chrome OS notebook and desktop computers are designed to do a better job of that than last year’s models.

There aren’t many surprises in today’s announcement. We saw early versions of Samsung’s new Chrombook and ChromeBox at CES in January, and the final product details and prices were accidentally leaked by retailers last week. In fact, at least one Samsung Chromebox was accidentally sold and reviewed before the release date. 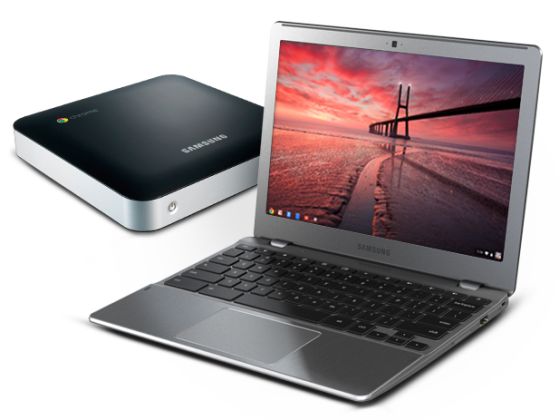 There are two models of the Chromebook: one with 3G and WiFi, and another with WiFi only. Both Chromebooks and the Chromebox feature 4GB of RAM and 16GB solid state disks for storage. They all feature Intel HD 3000 graphics. 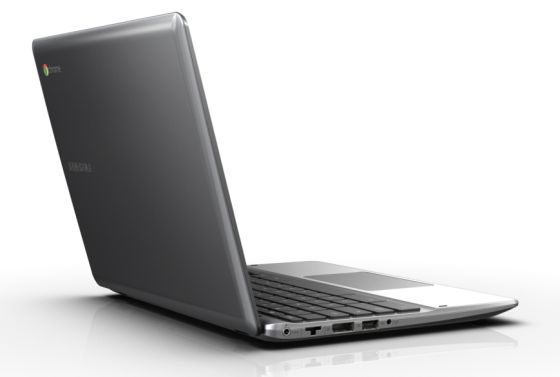 Samsung’s new Chromebook laptops are designed to get up to 6 hours of battery life. They weigh about 3.3 pounds.

Samsung includes a keyboard with the Chromebox and offers a Bluetooth keyboard option. This model also offers DVI output. 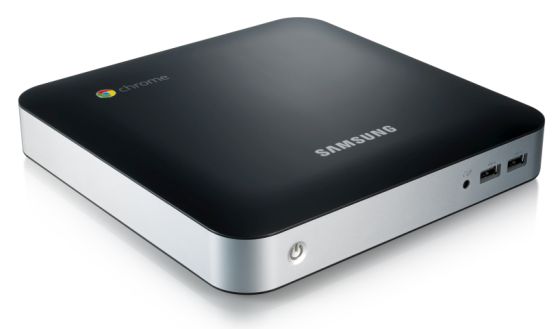 You can order the new models from Amazon.

When Samsung launched its first Chromebook in 2011, Acer also introduced its own Chromebook at the same time. This year Samsung is the only company so far to introduce new Chrome OS devices powered by faster Intel Celeron chips.

While it’s probably not a good sign that Google used to have two Chrome OS partners and now appears to have only one, Samsung’s latest Chromebook and Google’s latest version of the Chrome operating system are getting initially positive reviews.

Update: TechRadar reports that more Chromebooks from other manufacturers could be on the way.

Engadget tested a Chromebook and a Chromebox and says the experience of using Chrome OS is much better on this year’s devices than it was on the original Chromebooks.

The Verge reports that Google has “ironed out nearly every kink” in the operating system, but that the hardware feels “lackluster.”

But with Chromebook prices starting at $450, it’s still going to be tough to convince most folks to buy one instead of buying a Windows laptop for the same price or less and just running the Google Chrome web browser.

Chrome OS boots faster, downloads updates automatically, and offers the “security” of storing all your important data in the cloud — if you consider that a feature. But it still kind of sounds like you spend more and get less when you buy a Chrome OS device instead of a Windows laptop.

I’m hoping to get my hands on a demo unit soon, so maybe I’ll change my mind after spending a little time with a 2nd generation Chromebook.