It’s no secret that Amazon is working on its next-generation Kindle devices. The company tends to put out at least one product refresh per year, and we’ve already heard rumors that we could see an E Ink Kindle with a front-lit display and a larger Kindle Fire Android tablet this year.

Now Reuters has a few more details on the time-frame, from an unnamed source “who has direct knowledge of the matter.” 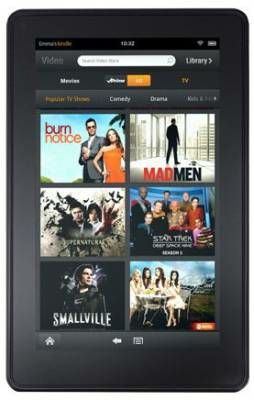 Reuters has a better journalistic reputation than some sites that traffic in this type of rumor, so I have a feeling this article wouldn’t have been published if the fact-checkers didn’t believe it was at least plausible.

But Amazon hasn’t yet made any announcements about either device.

Barnes & Noble recently introduced its first eReader with a front-lit display, the NOOK Simple Touch with GlowLight. It functions just like a normal NOOK Touch when the light is off, but offers the option of a soft light that lets you read in bed without a lamp or a booklight while still providing up to a month of battery life. Amazon’s front-lit Kindle would likely feature similar technology.

Reuters says the front-lit Kindle could arrive in July, and we may see the larger Kindle Fire  later this year.