Research in Motion officially launched the BlackBerry 10 operating system for smartphones and tablets today. While you can’t buy any devices with the new software yet, RIM did start handing out BlackBerry 10 Dev Alpha smartphones to developers.

But that’s just one of the things the company is doing to try to get developers to write apps for the BlackBerry platform. RIM is also guaranteeing developers that their apps will make at last $10,000 during the first year in the BlackBerry App World — as long as they meet certain requirements. 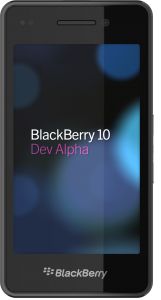 BerryReview reports RIM will roll out a certification program run by a third party. Developers can submit their apps and that party will determine if the app meets certain quality criteria.

It’s crucial for RIM to attract developers, because while BlackBerry 10 looks like a big improvement over earlier versions of the company’s operating system (with better multitasking, an improved on-screen keyboard, and more attractive graphics), few people buy a smartphone or tablet for the OS alone. It needs to have a wealth of decent apps that make the device useful… and fun.

Game developer Gameloft today announced that it will bring 11 of its games to the BlackBerry 10 platform, with prices ranging from free to $6.99.

None of those games will be BlackBerry exclusives — most are also available for iOS, Android, and other platforms. So they won’t exactly be key selling points for the new BlackBerry devices — but if top tier developers like Gameloft continue to make their apps available across platforms including BlackBerry, it’s not hard to imagine more consumers living in a platform-agnostic world where BlackBerry, Windows Phone, iOS, and Android are all equally valid options.