Netbooks are small, inexpensive computers that tend to have low power processors. But Intel’s latest chips designed for netbooks use even less power than their predecessors, while offering modest performance gains.

Among other things, this can allow PC makers to build netbooks that run at low temperatures — so there’s no need for a fan in the case. That means netbooks can be thinner and run more quietly than laptops with more powerful processors.

The folks at Fudzilla suggest that Intel is hoping at least half of the netbooks released this year with Intel Atom Cedar Trail processors will feature fanless designs. 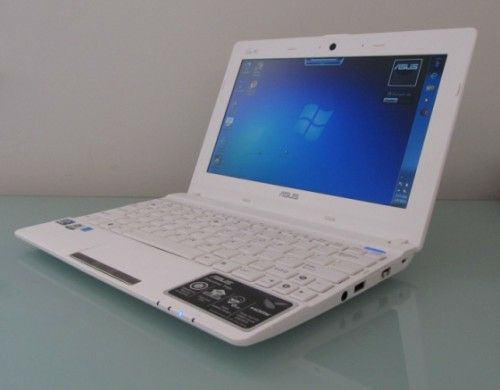 Intel is offering device makers a kit with a 5W TDP in order to make that happen. The reference design for this platform reportedly includes a 10.2 inch display, 2GB of RAM, and a hard drive or solid state disk.

The chip maker also supports designs for 11.6 inch and 12.1 inch notebooks with a slightly beefier processor with a TDP of 8W.

Intel’s Cedar Trail chips are dual core processors which offer better support for HD video playback than earlier members of the Atom family. But they’re relatively sluggish processors that can’t compete with the latest high performance chips from Intel or AMD. Instead they’re designed to offer an inexpensive solution for cheap netbooks, allowing you to perform basic computing tasks such as web browsing or document editing on a portable computer that sells for as little as $300.

Netbook sales have been declining in the last few years. While a lot of folks like to attribute the dip to the rise in tablets, a number of other factors have probably played a role. Overall laptop prices are lower than they used to be. Ultrabooks have hit the scene providing a higher performance (and higher priced) alternative to netbooks for thin-and-light laptop shoppers.

PC makers have also been pushing devices with higher profit margins including notebooks, tablets, and ultrabooks. Many of the top netbook makers of years past haven’t introduced new models this year, or have even pulled out of the netbook space altogether. There’s sort of a chicken and egg situation here where it’s tough to tell if manufacturers aren’t making netbooks because they don’t sell… or if they’re not selling because there are fewer available to purchase.

22 replies on “More fanless netbooks could be on the way”